There are many ways to create healthy, positive adaptations to improve overall fitness and function through cardiovascular training. There are two broad capacities that can develop the cardiovascular system. . The first of which is ‘aerobically’, using oxygen as the main fuel source. The alternate method is using the ‘anaerobic’ system, This simply means without the presence of oxygen as an energy source. It relies on different fuel sources directly from the muscle itself.

Typically described as any activity that is continuous and rhythmic in nature, such as cycling, running, skipping, swimming and walking. The key here is that it is continuous and can be maintained for long periods of time. When performed regularly, the cardiovascular system begins to make adaptations to compensate for the increased requirement of blood and oxygen around the body. This leads to changes occurring in the heart itself, such as an increased ability to pump more blood per minute. This is known as an increase in stroke volume. As well as this, its common that the valves within the heart that act like passageways actually enlarge. This is also to compensate for an increased demand for blood and therefore can supply more around the body.

Typically described as an activity short in duration but very high intensity. Unlike the aerobic system, it derives its energy from the muscle itself (ATP) and therefore depletes the muscle relatively quick which provides that burning sensation. This is due to a build-up hydrogen irons from the lactic acid used to generate energy from the muscle. Examples include sprinting, HITT work and powerlifting. One of the adaptations for the anaerobic system is its ability for the blood vessels going to the muscle to provide energy to increase in size. This vasodilation allows progressively more blood to reach the muscle and therefore allows the muscle to work harder, for longer.

Regardless of which system is being used, physiological changes will occur to the body. An example of this would be an increased VO2 max, which represents the amount of oxygen that can be utilized by the body. With training, a person can increase their V02 max. This is why fitter individuals will typically have lower heart rates, as per beat they are receiving more blood and can extract the required nutrients from the blood far more effectively than untrained individuals.

If you would like to learn more about developing the cardiovascular system, come in and chat with our physio’s at Pivotal Motion Physiotherapy. Book online or call 07 3352 5116!

Get the most out of running! 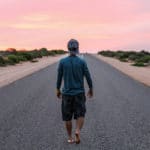