Minimalist footwear, running technique, and how physiotherapy can help – Part 2

Minimalist footwear, running technique, and how physiotherapy can help – Part 2

Keen runner but suffering from injuries?

As modern communities developed, hard surfaces such as roads and footpaths became more common. To counteract this, came the invention of the modern running shoe in the 1970s.

The modern running shoe is characterised by a thick viscoelastic midsole (cushioning) designed to compress and rebound when loaded and unloaded during running, acting like a spring. This spring function is similar to how the lower limb and foot are designed for running; absorbing harmful impact forces and returning some of this energy to aid propulsion in running.

What is minimalist running?

Minimalist running involves running in minimal footwear. This promotes a forefoot strike, rather than the heel strike running pattern commonly seen today. It requires runners to rely more on their own feet and legs to provide cushioning and stability, rather than a running shoe.

A recent study found the modern running shoe makes muscles in the foot and lower leg work harder to support the foot within the shoe (Kelly et al., 2016). In other words, those $160 shoes are not the magic answer to avoid injury. Similarly, changing from a modern to minimalist shoe will not magically make you a faster runner.

Before you switch to minimalist footwear, you need to develop the proper strength, range of motion, biomechanics, and conditioning. This is not something a shoe can do for you.

Should I try minimalist running?

The qualified team at Pivotal Motion physiotherapy, your prime North Brisbane clinic, who can:

Book Online for treatment of your running injury today. 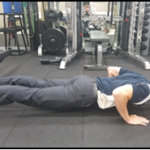 7 Best Strength Exercises for When You’re on the Go