Minimalist footwear, running technique, and how physiotherapy can help

Minimalist footwear, running technique, and how physiotherapy can help

Keen runner but currently suffering from an injury?

Who has heard of minimalist running or barefoot running? Maybe a friend has told you to read “Born to Run”, or insisted you get a pair of Vibram shoes? Well… Born to Run is a very interesting read, highly recommend it to any running fans, but picking up a pair of Vibram’s should be done with a bit more caution.

Before we get into the nitty gritty of the minimalist footwear movement, let’s take a very brief look about how you are running and how humans are designed to run.

A main focus of running mechanics and shoe design, is where we land on our foot when we r

Our legs and feet (particularly our foot arches) act like springs when we run. They store energy when our feet hit the ground, and use the energy to thrust us forward. This is critical to efficient running.

Do I need to change how I run?

Is one better than the other? Not necessarily.

We all run on our toes when we sprint, because it’s faster, but it also demands greater leg strength to maintain over long distances.

A recent study  found that the majority of elite distance runners have a forefoot or midfoot strike (Hasegawa et al., 2007). And it’s no coincidence that countries which produce some the world’s best distance runners, like Kenya, have higher percentages of barefoot running.

Most of us are not elite runners and can’t maintain a forefoot strike pattern over long distances, so most adopt a heel strike. Some claim a heel strike is an easier form of running (Larsen et al., 2012), and others say easier form does not equal better form.

So, who should be using which stride? Well, unless you are aiming to be an elite runner (sub 16 minute 5km for men or sub 20 minute 5km for females), you should think carefully before changing to a forefoot strike. If your current strike pattern is working well, stick with it. But if you are adamant about making the change, take your time, this is not something to do overnight.

Looking for more guidance on the minimalist footwear movement and how to safely switch over have a read of part 2 of this article.

To book an appointment with our experience physiotherapist, call our friendly staff on 07 3352 5116 or book online via the link.

Book Online for your running assessment

Wrist injuries can be a frustrating and debilitating occurrence, acquired via many separate and distinctive forms. Today we will... 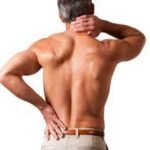 The Role of ‘Glute Med’ in Lower Back Pain 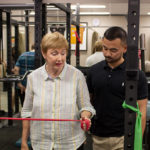