Hamstring injuries are common muscular injuries in athletics1 and in team sports such as football,2, 3 rugby4 and Australian football-5 sports that all involve high-speed running, sudden acceleration and deceleration. These activities increase the eccentric forces within the hamstring muscles, which increases the likelihood for injury.

How does sport influence what muscles is effected in hamstring injuries?

The long head of biceps femoris (BFIh), one of the four hamstring muscles, is particularly vulnerable to hamstring injury/strain, accounting for 80% of the injuries.6 In sports such as football2 and rugby4, up to 80% of injuries to the BFIh resulted from high-speed running.

In contrast to the BFIh injuries, the injuries to the medial hamstring muscles are caused by stretching the muscle to the extremes in its range of motion as seen in dancing, gymnastics and tennis for example.8 Reasons for these discrepancies between different types of hamstring injury remains unclear despite growing body of evidence.

The neuromuscular inhibitions post BFIh injury can reduce or hinder the ability to activate the injured muscle effectively, especially during eccentric contractions.9 There are various hypothesized causes for this such as insufficient rehabilitation, impaired nerve conduction and even muscle atrophy. In regards to rehabilitation, some athletes might be cleared to return to play despite the injured/rehabilitated leg still being up to 50% weaker eccentrically than the uninjured leg.10

The most potent mechanism of ECC training for injury prevention is that the exercises increase strength; tissue capacity and the length of the BFlh fascicle.

The grey symbols are pre-test measures (fascicle length and eccentric strength), with the brightly coloured ones being post-test.

Being short and weak resulted in an increased risk of hamstring injury. Therefore being long and strong is important to reduce injury risk.  (Image Presland et al 201612)

The frequency at which hamstring injuries occur in both female and young athletes lack the extent of investigation available for male athletes, however, in football, the prevalence is the same across genders.13

Do prevention strategies really have an effect?

In spite of increased knowledge and understanding of hamstring injuries, their management and injury prevention efforts, first time and recurrence of hamstring injuries remains high. A prospective study of elite Danish footballers found that at least three hamstring injuries per team per season were reported.3 On average 22 days were lost from playing football with some players taking up to 136 days to return to sport.

Once again, the gap between research and evidence implementation is clearly apparent and efforts need to be continued to find ways to bridge this deficit. As researchers and clinicians we need to work together to bridge this gap.

Cutting-edge information on this topic including latest research innovations in implementation will be showcased at the IOC World Conference on Prevention of Injury and Illness in Sport in Monaco (#IOCprev2017). Notably, Kristian Thorborg, Roald Bahr, Rod Whiteley, David Opar, Nicol van Dyk, Anthony Shield and Gustaaf Reurink will share their latest research during Symposium 1 and several practical workshops.

For more advice on how to manage a hamstring injury come see of team at Pivotal Motion. Book an appointment online or call us today on 07 3352 5116.

Nirmala Perera (@Nim_Perera) is an epidemiologist and a researcher at the Australian Centre for Research into Injury in Sport and its Prevention (@ACRISPFedUni). She is the @IOCprev2017 #SoMe campaign coordinator.

Ryan Timmins (@ryan_timmins) is a researcher within the QUT-ACU Hamstring Injury Group and a Lecturer at Australia Catholic University.

Kristian Thorborg (@KThorborg) is a physiotherapist and associate professor at Amager-Hvidovre Hospital, in Denmark. 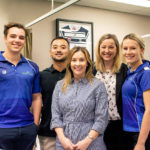 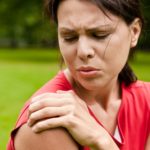