Hamstring strains are a common injury seen in many different sports. However, they more prevalent in sports associated with high speed running, change of direction and kicking. This includes AFL, soccer, field hockey, netball, and many other sports. Continue reading to learn more about what you can do for your hamstring strain prevention.

Despite mounting research into hamstring strains and injury mechanisms, the injury incidence hasn’t changed significantly. This loosely describes the multifactorial nature of hamstring injuries and the incredibly large role the hamstrings play in sport.

The hamstrings are responsible for generating force extremely quickly in sport.  They are also pivotal in slowing down the leg as the muscle lengthens during fast movements. Both of which, are common mechanisms for injury.

So, how can we prevent them?

There’s no doubt when it comes to hamstrings, strength is king, specifically eccentric hamstring strength. This is the ability of the hamstrings to generate tension (contraction) while the muscle is actively lengthening. By increasing hamstring strength, it increases the capacity of the muscle to withstand stresses placed on them. This is critical during high-speed, change of direction sports where accelerating and decelerating the leg is required under high forces. There’s great research highlighting the importance of eccentric hamstring strength.  Higher eccentric strength in pre-season training is associated with fewer games missed by strains compared with those with lower eccentric strength.

How do we strengthen the hamstrings then?

Like all strengthening programs, there are many ways and many variations to do so. It’s important to have a tailored strength program to fit the needs of the individual. Visiting your physio to understand the best exercises and load for you is a great place to start.

Nordics get a lot of press and have a lot of research behind them. They are the pinnacle of eccentric hamstring strength and is very much an advanced exercise. But it’s not the be-all and end of all of bulletproofing your hamstrings, as we said, hamstrings strains are multifactorial. But Nordics are a brilliant way to strengthen your hamstrings.

In conjunction with the eccentric strengthening of the hamstrings, it’s also important to work on the speed at which the hamstrings can both produce and absorb force. This where an exercise such as a banded hamstring curl at very quick speeds  is fantastic.  This can bulletproof the hamstrings for those sharp, fast, change of direction and acceleration movements.

Hamstring strains can be a complex injury with high recurrence rates. If you would like to learn more about them, or how about hamstring strain prevention them, book an appointment with one of our physio’s at Pivotal Motion Physiotherapy!

Book online for our physios to treat your hamstring. 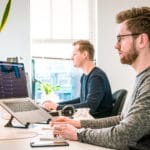 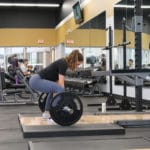 What is the posterior chain and why is it important?