When it comes to working in an office setting, there’s no escaping the long bouts of prolonged sitting. Yes, you may break them up with short bouts of standing or walking around, however, the nature of the job entails long duration’s of sitting. There is danger that prolonged sitting may have on the health of office workers from a cardiovascular or metabolic standpoint. The structural or functional changes that occur in response to prolonged sitting periods are under looked. This presents itself in hunched over posture with the shoulders rounded forward and internally rotated. This also leads to an increased curvature in the lower back.

It is often referred to as an example of the ‘Upper Crossed Syndrome‘ which sounds intimidating. Basically, this ‘syndrome’ describes the lengthening of unused muscles. Muscles at risk include the glutes and upper back muscles including the Rhomboids and trapezius complex. In conjunction with the lengthening of unused muscles, the opposite is true with those muscles constantly under load. these muscles become tight and contracted (shortened), a common occurrence for the pectoralis muscles and erector spinae muscle group.

When it comes to preventing this tonic posturing, it’s vital to help strengthen the posterior chain. The posterior chain consists of series of muscles on the back of the body. These muscles include the neck extensors, rhomboids, trapezius, glute and hamstring muscles. Typically poor posture from sedentary office work makes these muscles weak and underactive. Therefore, strengthening the posterior chain helps combat the effect of office work as well as promote a more ‘neutral’ posture. This neutral posture keeps muscles in their ideal length ranges and functioning effectively.

Now we know why the posterior chain is important, how can office workers effectively strength their back?

The seated row is a tremendous exercise to help develop the upper back as it strengthens the muscles positioned between the shoulder blades. These muscles (The rhomboids) are responsible for keeping your shoulders back and preventing that slouching appearance. If you’re an office worker will notice benefits from this exercise quickly.

Such a simple yet effective exercise to increase the strength of the powerful glute and hamstring muscles. Their role is to extend the hips, which is very important in functional tasks. During sitting they constantly get stuck in a flexed position and as a result, lead to changes in length and tension over time.

If you would like to learn more about strengthening the posterior chain, or would like a personalised program to combat the demands of being an office worker, book an appointment with us at Pivotal Motion Physiotherapy! 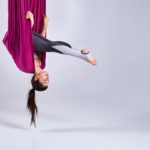 Exercise in Isolation and Mental Health 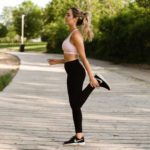