At Pivotal Motion, we pride ourselves in the effective treatment and rehabilitation of various sporting injuries. Our clinic looks after many sports clubs for various sports including baseball, volleyball, soccer and rugby. We believe in providing good education on injuries so that our patients are well informed with injury expectations and recovery.

The purpose of this blog is to highlight 5 common injuries we see in the clinic. Coincidentally, these injuries are also among the most common sporting injuries in Australia according to Sports Medicine Australia.

together. Sprains to the ankle are among the most common sporting injuries. These are particularly common in jumping and landing sports such as basketball and volleyball.

A sprain in the ATFL (Anterior talofibular ligament) is regularly seen in the clinic. This is the classic inward rolling of the foot leading to pain (and sometimes swelling and bruising) on the outside of the ankle joint.

Strains are defined as tears to muscles or contractile tissue including

tendons. Calf strains are among the most common strains from sporting injuries.

These generally occur in sports involving quick sprints from stationary positions or from changing directions. These can include sports like tennis and squash.

The calf is strained when it is forcibly put into a stretch. Symptoms can include local pain on the calf, inability to place the heel flat on the ground as well some bruising and swelling in the calf region.

The AC Joint is an important joint in the shoulder. It is the connection

A sprain in any of the ligaments connecting this joint usually occurs when an athlete lands on their shoulder with their arm held in towards the body.

Symptoms can include pain focally on the AC joint especially in horizontal flexion (bringing the arm across the body) as well as a visible ‘step deformity’ in severe cases. A step deformity is usually seen in full ruptures of the ligaments making up the AC joint. A photo of it is shown below.

and are responsible for doing knee flexion (bending the knee) and hip extension (bringing the leg back).

Hamstring Strains are common in sports requiring rapid acceleration and deceleration from standing still. These strains, like calf strains, are more common in explosive running sports such as rugby, netball and hockey. Factors that lead to hamstring strains include inadequate warm up, poor flexibility and fatigue.

These strains can be graded into 3 depending on severity. Grade 1 strains are minor tears in a few muscle fibres while grade 3 tears are full ruptures. Symptoms include pain in the back of the leg, some bruising or redness and pain with bending the knee.

The Anterior Cruciate Ligament (ACL) is one of the ligaments connecting
the tibia and femur in the knee joint. Its’ role is to prevent the anterior (forward) translation of the femur on the tibia while weight bearing.

mechanism of injury to this ligament is generally from pivoting, decelerating suddenly or landing from a jump. Therefore, ACL injuries are common in sports such as rugby, netball, basketball and skiing.

Severe injury to the ACL is often associated with a distinct ‘pop’ or ‘crack’ sound following one of the described mechanisms of injury above. Bleeding in the joint can occur consequently causing a stiffness and visible puffiness in the knee joint. It is important with suspected ACL injuries to seek medical attention right away.

The above injuries are only a few amongst a big list of common injuries. If you are currently suffering from one of the above or another issue, rest assured that our friendly team can give you the support you need to recover. Call us on 07 3352 5116 or book an appointment online anytime, anywhere. 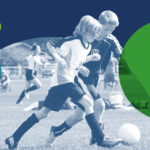 Do you play club and competitive sport? Our physiotherapy and podiatry teams can help! 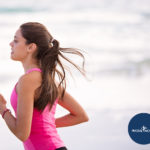 Hot tips on getting back into exercise