Is grading your exercises necessary?

Is grading your exercises necessary?

A common question for physios is about the grading of exercises and why this is so important to prevent an injury.

We commonly see this season bring on a unique profile of injuries. Our primary role as physiotherapists is in injury prevention. We would rather stop an injury occurring instead of reacting to an injury. Less injuries mean more of a chance in successfully completing running goals. We find the best way to avoid injuries during running season is exercise grading.

What does Exercise Grading mean?

Exercise grading is the slow and smart progression of exercise to avoid injury. It runs on the exercise principle of progressive overloading. With exercise grading, we aim to reduce the risk of developing any overuse injuries.

What is Progressive Overload Principle?

This principle states that the increased demands on the body over a period of time causes significant physiological adaptations. The key aspect in this principle is the ‘period of time’. The time allocated should allow for the body to adapt to the demands of the exercise so that when the exercise is done again in future, the body can handle the stress imposed without entering the realms of injury.

The proper term for this is medial tibial periostitis. This is inflammation around the tendon attachment of muscles in the lower leg to the outer layer (periosteum) of the tibia (bone). Overuse of these muscles from a sudden increase in running with no exercise grading can result in this injury.

A Stress fracture is a unique type of fracture resulting from overuse. They are small breakages in the outer layer of the bone (periosteum). This injury is common among runners and can occur from a sudden change in training – be it a drastic change in distance or time, a change of footwear; the introduction of new terrain or inclines/declines.

A bursa is a small fluid filled sac located at the interface of many structures – eg bone to bone, muscle to bone, tendon to bone. They act to reduce friction between structures during movement. A bursitis is inflammation of the bursa and this can occur from repetitive overload. Common bursitis’ with runners include hip bursitis.

Tendonitis is the inflammation of tendons from sudden overload. This is another common issue among long distance runners who suddenly apply a change in training regime without any exercise grading. Tendinopathies are more chronic tendon issues. Common tendinopathies include achilles tendinopathies and patellar tendinopathies.

The importance of ‘Rest Days’

An important aspect of exercise grading in the incorporation of rest days. Rest days should be implemented immediately after any increase in training – be it any parameter (distance, time, terrain). Rest days are important in decreasing the likelihood of developing overuse injuries because they allow for physical and physiological repair in the body. They also have benefits in improving mental well being. Running can be taxing even on the mind. Therefore, rest days are needed to allow the mind to recover.

An Example of a Graded Running Programme

Note: This programme is only written for the purpose of this blog. If you are a runner and wanting proper advice to suit your specific needs, we recommend booking in to see our physiotherapists.

This blog is only a light introduction into exercise grading. For any specific exercise grading or for more information, don’t hesitate to see our friendly team at Pivotal Motion Physiotherapy. Book an appointment online or call us on 07 3352 5116.

Book Online for assistance in grading your exercises
Share 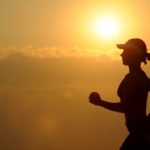 How to avoid overuse injuries? 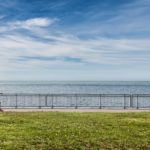