Should You Walk on a Sprained Ankle?

Should You Walk on a Sprained Ankle?

Back in the day, the acute management of sprained ankle was to walk it off. People don’t tend to realise how bad an ankle sprain can be. Often times you’ll see people roll their ankle and keep playing or carrying on walking. It was just the way people dealt with an injury.

The management protocol has evolved greatly since those times. With an increased awareness of chronic pain and instability issues (not to mention the estimate annual costs due to ankle sprains), the rehabilitation of the injured ankle is now a bit more evidence based.

An ankle sprain is an injury to a ligament; The Anterior Talofibular Ligament is the most commonly injured ligament of the ankle. It sits just in front of the lateral malleolus of the ankle. Ligament sprains are classified or graded as I, II or III according to severity.

Should You Walk on a Sprained Ankle – Everything you need to know!

Symptoms of an ankle sprain

Pain, swelling and difficulty weight bearing are common symptoms. Understanding the mechanism of injury can also lead to a faster diagnosis. A lot of ankle sprains occur on un-even ground or by landing from height onto someone else’s foot and inverting the foot. These symptoms as well as a progressive loss in dynamic balance can persist in instances where the ankle is poorly rehabilitated or when rehabilitation is incomplete.

Treatment of an ankle sprain

Today, in the acute stage of an ankle injury, we are more likely to follow the RICER regime: Rest, Ice, Compression, Elevation and Referral to a health professional. A recent study in the British Medical Journal (Bleakely et.al, 2010) challenged this method with an accelerated protocol for treatment involving supervised early exercise. Despite the small sample size, the study did conclude that the group that received the exercise protocol were more active earlier.

There was, however, no difference in re-injury rates.

If there is a large amount of swelling present at the time, a sports trainer or physiotherapist can apply an “open basket” taping manoeuvre which uses the compression of the tape to push the swelling back up the ankle into the body’s circulation to be disposed of naturally.

Beyond the acute stage, manual therapy performed by a physiotherapist can offer a short-term reduction in pain and an improvement in range of motion allowing pain free exercise. (Cosby et,al 2011). It is a well-known fact in the rehabilitation scene, that proprioceptive training reduces the recurrence of injury. An ankle strength program designed by a physiotherapist to rebuild strength in the joint is also very effective to reduce re-injury. There is also some evidence to support unsupervised proprioceptive exercises at home for reducing self-reported symptoms of re-injury. (Hupperrets et.al 2009).

While it is hard to predict re-injury rates, the research offers some insight into who might be more prone to re-injury. A study by Malliaropoulus et.al (2009) conducted on a population of elite track and field athletes. They discovered that those with low-grade injuries were more likely to re-injure themselves than those with grade 3 injuries!

The fact is that ankle sprains are common.

A large fraction of them either re-sprain or do not resolve completely in a year. The latest research (Middelkoop et.al, 2012) discovered that the self-reported symptoms of pain at rest and re-sprains at three months is a predictor for incomplete recovery at one year! Sometimes a sprained ankle can start to get better over a few weeks but then progressively worsen. If so, it’s imperative to get an MRI or X-ray due to the possibility of a bony fragment being caught in the joint.

Complete recovery from an ankle sprain means that the injured ankle feels and works the same or better than at pre-injury level. That includes feeling pain free with all daily activities and sport. This also means experiencing no swelling, stiffness or feeling of instability. Sufficient functional balance is also important. As an athlete recovering from an ankle sprain, it is important to be aware of any residual symptoms of discomfort that may affect your return to sport.

It’s important to note that muscle injuries take a week or two to heal while ligament injuries can take months to years to fully heal. This proves the importance of proper rehabilitation.

If in doubt and would like to learn more about ‘should you walk on a sprained ankle’ do consult your Pivotal Motion Physiotherapist! Call 3352 5116 to make an appointment with our physio Brisbane team today. 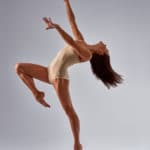 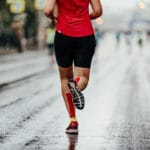