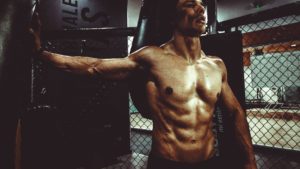 The thoracic outlet is the region of the body that extends from the groove between your first rib and clavicle to the armpit. A number of very important anatomical structures run through the outlet.

These include the brachial plexus (a collection of nerves that exits at the spinal joints of the neck) and the subclavian and axillary arteries and veins.

A great deal of controversy has arisen regarding the classification of TOS which has subsequently resulted in the poor diagnosis of the condition.

It has now been concluded that TOS refers to a group of heterogenous disorders namely:

This is a rare disorder which can affect people of all ages but more commonly occurs in young adults. The syndrome occurs due to the compression of an artery compromising blood flow or causing turbulent blood flow. The compression may be caused as a result of a presence of a large bony anomaly in the thoracic outlet. This may come in the form of a fully formed cervical rib, a deformed first rib (thoracic region) or a protruding bony process in the area. As a result of the compression there may be damage to the artery wall. This can be through the formation of an aneurysm (dilatation of the arterial wall) or a thrombus (blood clot).

The clinical features of arterial vascular TOS include decreased blood flow to the fingers, lack of pulses with the arm elevated as well as coolness of the fingers. For mild cases, these symptoms may be present with pain as well as discolouration of the fingers (Raynaud’s Phenomenon).  In severe cases, where these symptoms go undiagnosed, there may be a severe loss of blood flow (ischaemia) causing ulcerations and in extreme cases may require amputation. There may also be secondary neurological symptoms such as tingling, numbness and weakness in the upper limb.

Treatment for arterial TOS involves surgical removal of the bony anomaly that is causing the arterial compression.

Venous vascular TOS is another rare form of TOS that is more commonly found in adults. It results from the compression of either the subclavian or axillary vein. While the exact cause is unknown, it has been discovered that the disorder usually occurs in healthy young adults as a result of over-exertion and when there is an anomaly that prompts the artery to undergo spontaneous thrombosis.

Acute cases of thrombosis require immediate medical attention to repair the vessel. Rib resection may be performed in some cases to prevent recurrence of the thrombosis.

The symptoms of traumatic neurovascular TOS depend on the structures affected. The structures with the closest proximity to the clavicle are the origins of the blood vessels that run into the armpit (axillary blood vessels) as well as the nerve cord that provides sensation to the 4th and 5th digits (and occasionally half of the 3rd digit) as well as the inside of the forearm and arm and movement to several forearm and hand muscles. In addition to these symptoms, there may be local swelling and bruising and excessive mobility in the clavicle; swelling may also be present in the forearm as well as a loss of arterial pulses.

Treatment of traumatic neurovascular TOS depends on the structures affected and severity of the effects. In cases where there is vascular compromise, surgical intervention is required. When neural symptoms exist, a conservative or surgical approach may be taken. If neural disruption is mild, physiotherapy is usually the first option. This approach will assist in maintaining range of motion, regaining strength in less affected muscles and in educating patients about synergistic muscle strategies to maintain function. Surgical intervention is preferred where there is severe neural disruption. The prognosis however, depends on the extent of the neurological insult. In the event that the nerve fibres are completely severed, the neurological impairments may be permanent.

This condition, which was first described in 1903, is extremely rare and has been known to affect 1 person for every million. It is caused by the presence of a taut fibrous band. This presses against segments of the bundle of nerve fibres that pass through the thoracic outlet. This impinging structure may be an elongated transverse process of the first thoracic rib or the presence of a cervical rib.

Clinically, it appears that the sensory symptoms of this condition are usually less pronounced than the motor ones, with the most common initial complaint being weakness and muscle wasting. The more severely affected regions are the sensory and motor areas innervated by the T1 nerve root. This means that there will be muscle wasting and weakness in the muscles that control the thumb as well as sensory deficits into the forearm. These symptoms consequently lead to loss of function in the hand.

True neurological TOS is often confused with other upper limb or neck pathologies such as advanced carpal tunnel syndrome and cervical radiculopathy. Differential diagnosis requires an accurate history of the symptoms and imaging studies (Electro-diagnostic tests being the most appropriate).

Treatment for true neurological TOS is nearly always surgical. This is because the condition’s slow and progressive nature allows for the maximum amount of nerve regeneration to occur (collateral sprouting).

Surgery is performed to remove the band causing the compression and physiotherapy is advocated to regain strength in unaffected muscles and range of motion post-operatively.

This condition, unlike the other forms of TOS is commonly bilateral. It is known as non-specific TOS as its pathogenesis is unclear. Some theories for its existence include traction or compression injuries to the brachial plexus due to trauma ( believed to be the most common cause), a congenital abnormality  such as a cervical rib, changes in musculature, or fibromuscular abnormalities such as scarring ) or abnormal posture.  It has also been proposed that these events may not occur in isolation.

A great deal of controversy exists regarding the symptoms of TOS but it appears that sensory manifestations are a common complaint in 90 % of cases. The debated symptoms range from weakness in the upper limb to neck pain, headaches, and facial tingling. Some proponents prefer to diagnose nonspecific TOS (even in the absence of neurological symptoms) provided that certain clinical tests are positive, despite the potential for false positive results.

In all forms of TOS, treatment almost always begins conservatively in the form of physical therapy. This may include postural corrections, improving the range of motion at the neck and shoulder, addressing muscular tightness, ergonomic corrections as well as maximising the strength of partially affected or unaffected muscles.

Studies have found that conservative treatment has been successful at relieving symptoms such that surgery is not required.  However, surgical intervention is always recommended in true neurological TOS and arterial vascular TOS. The procedures may include resection of cervical or thoracic ribs as well as removal of the scalene muscle (scalenectomy).

While surgical interventions have shown to provide short term relief, there have only been a few follow up studies to confirm long term benefits. In some cases, the scarring caused by the surgical procedure has been known to affect the brachial plexus causing more harm than good.

The prognosis for TOS as mentioned depends on the extent of neurological lesion. The time frame for recovery can range from a few weeks to several months. If there is a complete lesion of the nerve fibre, there may be permanent neurological deficits. Nerve regeneration usually occurs at the rate of approximately one inch per month. Muscle fibres can only remain without a nerve supply for 20 -24 months. In cases where the distance from the lesion to the muscle fibres exceeds 20-24 inches, there may never be complete recovery.

For example, in traumatic TOS where there is a lesion higher up at the origins of the nerve fibres, regeneration cannot occur from the start of the lesion down to the opposite end as the distance is too great. It is of vital importance that any symptoms of shoulder or neck origin that radiate further into the arm are investigated thoroughly by a health professional. This will allow for an early and accurate diagnosis which in turn will assist with an early recovery.

Pivotal Motion can assist you with ongoing pain and discomfort. Book an appointment online or call our friendly staff today on 07 3352 5116.