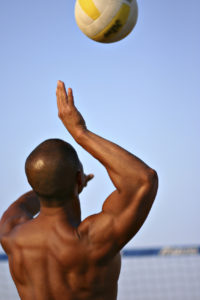 These bones require a great deal of stability and call on over 16 muscles and an abundance of ligaments to help provide stability around the wrist and move the fingers. Knowing this complex anatomy helps understand the clinical conditions that patient’s often present with.

The most common injury seen at the wrist occurs when a person falls on an outstretched hand, commonly referred to as F.O.O.S.H. This injury can cause a fracture of the distal radius or scaphoid (one of the carpal bones), which can present with severe pain and swelling.

What are common wrist fractures?

A Colles’ fracture is the term used to describe a distal radius fracture with a backward displacement of the wrist and hand, for example in cases where your hand is spread forward to save yourself.

Conversely, a Smith’s fracture is diagnosed when the back of the wrist is the first contact, forcing the radius down and causing a break. The fracture may be stable, with 1 or 2 fragments of bone that are well aligned or unstable, where fragments of bone get displaced.

The treatment of a fracture depends on several factors including the age of the patient, their occupation, sporting and recreational commitments and most importantly, the classification of the fracture. The fracture may be described in one of the following ways:

How can a Physiotherapist assist with a wrist injury?

In the event that one sustains a wrist injury, a physiotherapist is can perform a detailed examination of and send away for an x-ray, to help confirm the presence of a fracture. If a stable fracture is diagnosed many doctors will apply a cast to prevent movement of the bones and allow sufficient healing.

In some cases a method called percutaneous fixation is used. In such instance, pins are placed at the fracture sites along with a cast and the metal implants removed after healing.

This technique is less invasive than other surgical methods and while some research has demonstrated accelerated healing, an increased risk of infection may exist in comparison to the conservative plaster cast.

Where there is a fairly unstable fracture, surgery may be essential to fuse the fragments of the displaced bones with metal plates and screws. This is known as internal fixation. As this method involves very precise placement of metal implants, and less casting, there may be quicker use of the hand. External fixation is another method of promoting fracture healing. In this technique; pins are placed just above and below the fracture site. This offers a degree of traction to hold the fracture in place as it fuses. While there has been no evidence to prove better functional outcomes in external fixation vs. plaster cast treatments, the former has shown better rates of bone union and less re-displacement of fractures.

In cases of severe fractures, an orthopaedic hand surgeon may be called upon to decide the most appropriate method of fixation relative to the individual needs. In other instances, a GP will recommend the suitable form of treatment for the fracture. Once a cast is removed the patient is left with severe muscle wasting and a stiff wrist.

Physiotherapy should begin immediately after the cast is removed with mobilization techniques and an individualised strengthening programme. Upon rebuilding the strength and range of motion the patient can work on goal directed rehabilitation to return to sporting or previous activities.

Have a suspected wrist fracture or sprain? The qualified Physiotherapist at Pivotal Motion can help. Book an appointment online or call us today on 07 3352 5116.