Our Physiotherapy Involvement In Volleyball.

2014 was Pivotal Motion’s first season joining the Queensland Pirates. This saw dual success for the mens and womens teams. 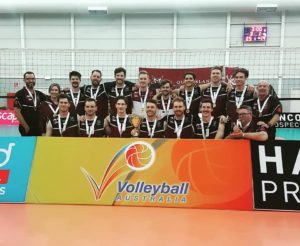 Dylan Preston, previously a physio at Pivotal Motion, was the physiotherapist for that campaign. In 2015 he continued working with the Pirates. The Men fell just short of the triple crown. 2017 to 2020 has been continued success for the state under the physiotherapy guidance of Bobbie-Jo Strong.

Pivotal Motion provides on-court support to the Pirates as well as extensive work behind the scenes. We see many of the Pirates players in clinic for ongoing management.

It is this continued treatment that is responsible for keeping players injuries free during the season. Book an appointment online or call the clinic on 07 3352 5116.