When at Pivotal Motion Physiotherapy who may have heard an Irish accent or two. This is due to Pivotal Motion’s longstanding association with the  Brisbane Harps Gaelic Football Club. They are the most successful gaelic football teams in QLD. The Harps were Mens League & Queensland GAA Championships Winners 2010-2013. They were runners up in 2014.  2015 saw both men’s and women’s make the semi-finals.  2019 secured another championship in comfortable fashion.

Pivotal Motion enjoys getting behind the Brisbane Harps Gaelic Football Club and will continue to sponsor them in 2020.  We hope it will be another successful year for the Brisbane Harps. We attend games to provide advice and assistance with injuries. But most of Bobbie-Jo likes going to the games for a laugh with the Irish boys. 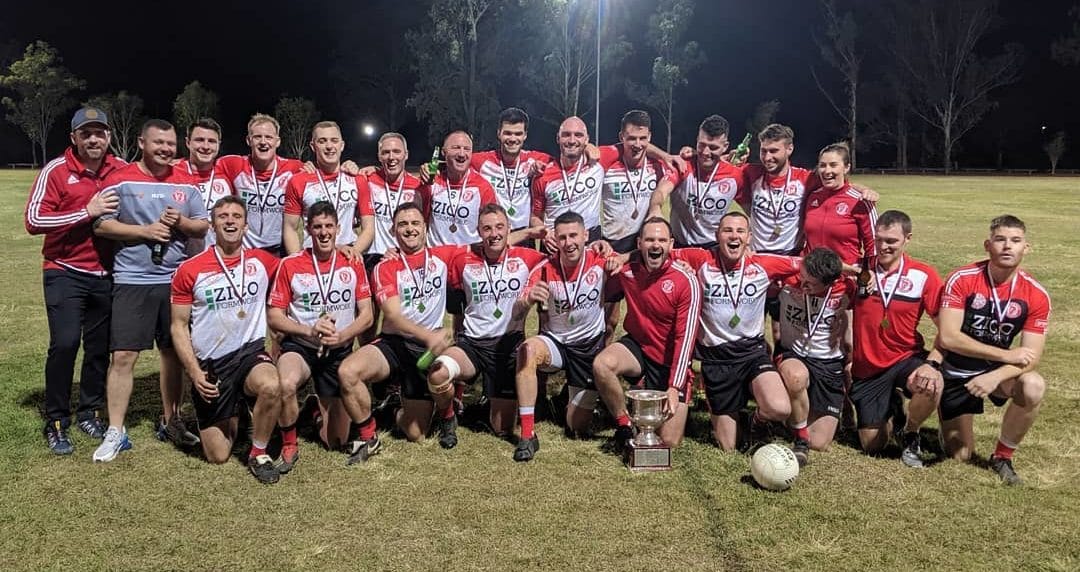 What is Gaelic Football?

The ball used in Gaelic Football is round, but slightly smaller than a soccer ball. The ball can be carried in the hand for a distance of four steps. It is kicked or “hand-passed”, a striking motion with the hand or fist. Every four steps the ball must be either bounced or “solo-ed”. This involves dropping the ball onto the foot and kicking it back into the hand. You may not bounce the ball twice in a row.

Pivotal Motion Physiotherapy are proud supporters of local sporting teams and athletes. It is the continued treatment that is responsible for keeping players injury free during the season. Book an appointment online or call us on 07 3352 5116 to speak to our friendly team