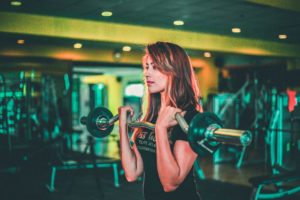 Inflammation of the biceps tendon in the bicipital groove, which is known as primary biceps tendinitis, occurs in 5 percent of patients with biceps tendinitis. Biceps tendinitis and tendinosis are commonly accompanied by rotator cuff tears or SLAP (superior labrum anterior to posterior) lesions.

Patients with biceps tendinitis or tendinosis usually complain of a deep, throbbing ache in the anterior shoulder. Repetitive overhead motion of the arm initiates or exacerbates the symptoms. The most common isolated clinical finding in biceps tendinitis is bicipital groove point tenderness with the arm in 10 degrees of internal rotation.

Pathology of the biceps tendon is most often found in patients 18 to 35 years of age who are involved in sports, including throwing and contact sports, swimming, gymnastics, and martial arts. These patients often have secondary impingement of the biceps tendon, which may be caused by scapular instability, shoulder ligamentous instability, anterior capsule laxity, or posterior capsule tightness. Secondary impingement may also be caused by soft tissue labral tears or rotator cuff tears that expose the biceps tendon to the coracoacromial arch.

Primary impingement in athletes older than 35 years leads to a higher incidence of rotator cuff tears than in younger athletes.

Pivotal Motion can assist you with any bicep or shoulder pain. Book an appointment online or call us today on 07 3352 5116.